Half of the world has just spent some time in lockdown due to Covid 19. For most of us, it meant an increased use of social networks (Hello 30-something who signed up to Tiktok !).

LinkedIn, the professional social network reported a 55% increase in user engagement across its platform (see LinkedIn report published on Q1 data) with #coronavirus replacing #marketing as the hottest hashtag.

As I have been on double lockdown since early March (understand being on actual lockdown in the UK + on maternity leave) and after an initial love affair with TikTok (#ohnanana), my engagement with LinkedIn has gone up more than the average 300%. In these troubled times, I felt so much better about myself when I dedicated most of my mindless scrolling a “serious” network. I was also curious to understand how my peers were dealing with such a disruption to normal working life. And as I read my newsfeed, sometimes 6 or 7 times a day, I noticed, a succession of trends develop.

First, the boasting became out of control and everything was a good reason.

Let’s take office closures. Dozens and dozens of companies and employees announcing that “in order to protect their staff and customers and save lives, we have decided to stay home”. Those making this decision ahead of government mandating it usually attempted to gain a bit of publicity from it.

Another annoying one : top tips to work from home. Between experts that had been doing it for years and now felt smug and validated, and newbies that enthusiastically shared their newfound expertise with the world, everyone had something to say. Some wanted to help and produced quality infographics or cited academic research but most advice was frankly average.

But then, LinkedIn became real. The posts about people losing their jobs came. First, a flurry of “I have unfortunately been made redundant” popped up. Reading people share their vulnerability was heartbreaking. Realizing that the reason why they were being so open is because their economic situation was about to become dire was scary. But overall, and for once, self-promotion was driven by need instead of ego. People came to LinkedIn to seek help and connection, fulfilling the very essence of a social network. Help was also offered, in the form of coaching, mentoring and sometimes jobs. Through this, LinkedIn grounded itself, as if we had all realised that we could transcend this tool initially created for the 1% and make it a place of reality and support to all.

And then, those same people started taking jobs in supermarkets to put food on the table. And they were proud ! It has been a healthy and humbling realisation that when the situation becomes bad, the people that keep essential things going are the nurses, the postmen, the Amazon delivery guys, the cleaners and carers, the supermarket staff… It constituted an admission of lesser usefulness for most of the white collared knowledge workers that was gratiously received, at least in the microcosmos of my LinkedIn network.

From mid June, the coronavirus wave on LinkedIn seemed to subside and the current themes became, once again, marketing, data science, software and fortunately, environment and sustainability.

Forgotten the heroes working in supermarket and hospitals. It was once more back to marketing stories and “40 under 40” type ranking. A comforting sign that things were getting back to normal. And that I should, once again, become dormant on LinkedIn.

I shared in a previous post that LinkedIn is, for me, a Facebook for grown-ups. It is a social network that is deemed useful, brings knowledge and inspire. But it remains an online social network, i.e. a place that most people use for personal boasting and where stories are carefully crafted and marketed. But for a few weeks, LinkedIn became real, and I am glad I witnessed it.

One thought on “LinkedIn in Lockdown” 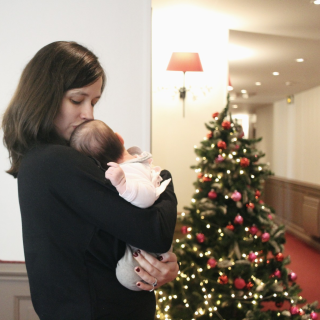 30-something full time working mum of 3 girls, I am striving to find the right balance between my career and family life. Happy mum to toddlers Apple and Peanut and baby Pebble. Lucky wife to husband Lion. Living in Paris